I love the movie "Gay Purr-ee." For those who don't know, it's an animated film written and produced by Chuck Jones (of Looney Toons fame) released by UPA in...1962, I believe? It's sort of a classic romantic comedy musical set in Gay Nineties France, but starring cats. I saw it on tv as a kid and became obsessed with it (it may be what started my France obsession? haha) until I managed to procure it on VHS as a teenager. And now fortunately we live in the future where everything is on the internet. See the whole movie here: http://www.trilulilu.ro/iculici/5003b2306f146c

The voice acting is just superb. There's the incomparable Robert Goulet, Red Buttons, and I absolutely adore Paul Frees as the villain. But most of all, there's the wonderful Judy Garland as the lead, Mewsette. The wonderfully written music in this film is made even more unforgettable by her legendary voice. 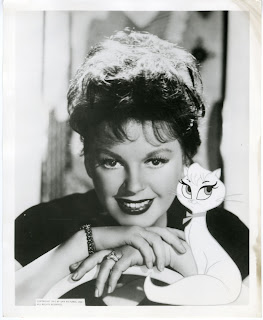 Even more than the voice acting, I just love Chuck Jones's animation and art direction. He's one of my heroes, and I really consider this one of his masterpieces. It even cost him his contract to Warner Bros., but he still made it. The backgrounds alone are just gorgeous to look at, and resemble the impressionistic painting styles popular when the movie takes place. I love the contrast of the Van Gogh-esque countryside to the cityscape of Paris resembling the work of Lautrec. This one scene alone is enough to make art history buffs cream their pants: http://www.youtube.com/watch?v=0_CvqjjNjUU 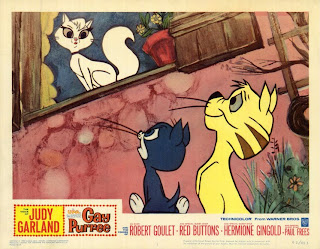 
I'd REALLY like to have the LP from the movie. The cover is a sweet piece of design work as well! 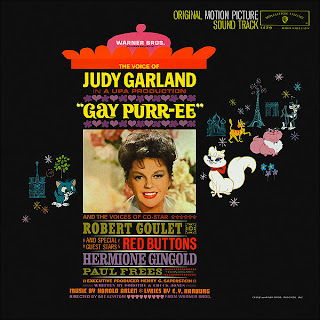