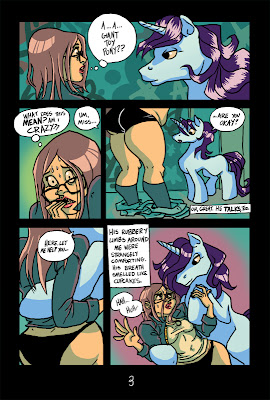 Posted by Kaylie at 1:48 AM 2 comments | Permalink

oh yeah, almost forgot: my beautiful and talented new friend Cara Stasick made this awesome Dingogeddon fan art of Ronnie and Rexxie! gah, i'm getting so spoiled with fan art, and the character everybody's drawing hasn't even appeared in the comic yet! i better get busy! ;) 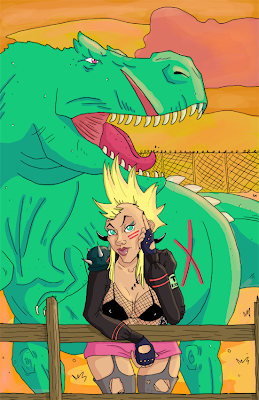 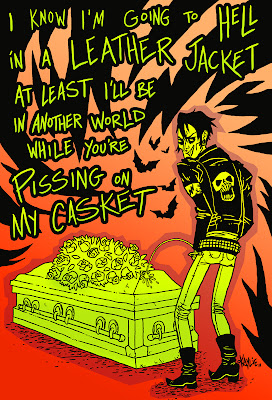 Julian Casablancas - "Out of the Blue" unofficial music video, YouTube

my pal Bo did this totally awesome fan art of Ronnie for me!!! i'm so excited you guys!! 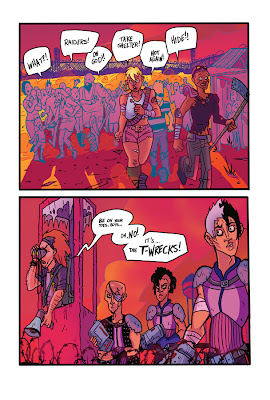 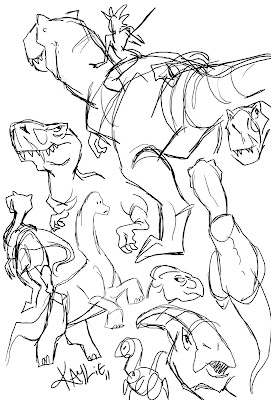 watching a lot of documentaries lately...watched a few on dinosaurs. so cool. t. rex was actually really smart by dinosaur standards!

i think it's pretty fucked up that they did that to the foxes, but still really interesting. and they came from a fur farm, so i guess it's better to be in a weird breeding program than be turned into a stole or whatever.

"i wish someone would tell me about me."

one of my favorite movies, All About Eve, was on tv last night, so i had to stay up and watch it. soooo good. one of Bette Davis's best roles, i think. it's so perfect for her, especially at that point in her career. and it's so well-written, the dialogue just grabs you by the throat and won't let go. it's kind of considered hokey or whatever now i guess, but there aren't many (if any) movies nowadays that have such sharp, self-aware dialogue, and executed so perfectly. 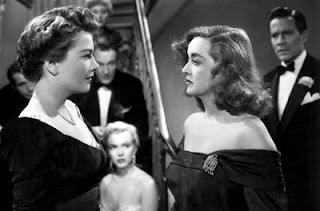 for those unfamiliar, the movie centers around famous but aging Broadway actress Margo Channing, whose fairly perfect life is infiltrated by a seemingly wide-eyed, star-struck ingenue, Eve, who is her biggest fan and quickly endears herself to Margo and everyone around her with her apparent unparalleled devotion and becomes Margo's assistant. But over time Margo begins feeling insecure next to the younger, pretty aspiring actress whom everyone is constantly praising, and it even begins to drive a wedge between her, her friends and her much younger boyfriend. Slowly though, everyone begins to realize that Eve isn't as innocent as everyone perceives her to be, and that she's willing to do literally anything to reach her goal of being the new Margo Channing.

this movie kind of amazes me because it's kind of sensitive and forward-thinking in dealing with these raw, female emotions in relation to gender roles and expectations. it's still a totally 50's handling of these subjects, of course...."Funny business, a woman's career - the things you drop on your way up the ladder so you can move faster. You forget you'll need them again when you get back to being a woman. That's one career all females have in common, whether we like it or not: being a woman. Sooner or later, we've got to work at it, no matter how many other careers we've had or wanted. And in the last analysis, nothing's any good unless you can look up just before dinner or turn around in bed, and there he is. Without that, you're not a woman. You're something with a French provincial office or a book full of clippings, but you're not a woman. Slow curtain, the end." i admire the admittance of how tough balancing gender expectations and having a successful career, even if it does still concede to the "unbreakable" tropes of society...but, i guess, that's still pretty radical stuff for 1950. 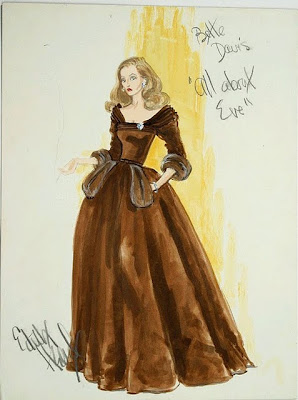 probably my most favorite scene of all is of course the party scene, which is Margo's boyfriend's coming home party, and a major turning point where earlier in the day she's beginning to get fed up with Eve, and that night finds her boyfriend unexpectedly home already and chatting with Eve before seeing her, which sets up the ultimate argument scene, haha.

another thing that i suddenly noticed was that there are a lot of parallels between All About Eve and Black Swan, i guess because they deal with sort of the same subjects, but go in completely different directions with it. pretty cool. 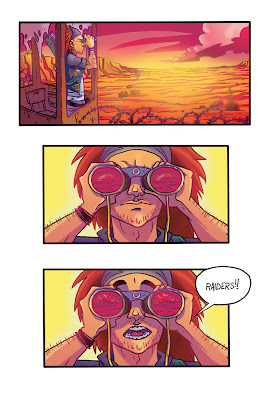