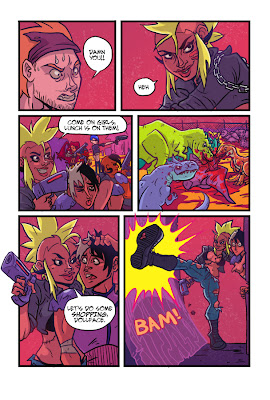 new page 12...i redrew panel 4 because of various problems, mostly to clarify storytelling...hopefully it helped! 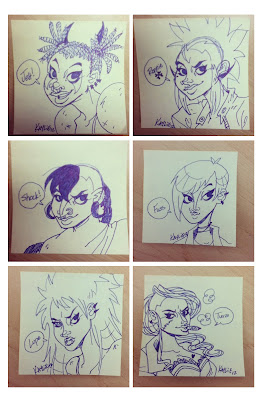 here's a bunch of little sticky notes sketches of some of the Dinogeddon cast i did at work today...it was pretty fun.

i realize they're mostly terrible, but i was thinking about doing some kind of giveaway or little contest thing with them? would anyone be into that? it would be more fun than just throwing them away. like i said, i know they're not great, and they're just drawn on sticky notes with a blue pilot V-ball pen, which doesn't produce the best lines, but i just really like the way it feels. i drew Lupe with a new hairstyle i've never drawn her with before; i don't know if i like it. 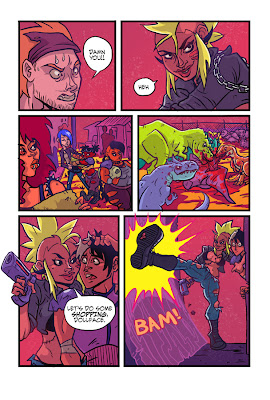 Posted by Kaylie at 1:56 AM 1 comments | Permalink