i've been watching Gamera movies lately: Gamera, Gamera vs. Barugon, Gamera vs. Guiron, Gamera vs. Gaos, and Gamera vs. Zigra tonight. so far i think Gaos and Guiron are my favorites as far as the movies, but i think Barugon is my favorite monster. Zigra's kind of boring, there's just so much people talking and doing stuff, and i just want to see Gamera shooting fire underwater and bodyslamming the shit out of Zigra. although it was pretty awesome when Gamera knocks Zigra out for a minute and plays, like, cartoon xylophone music on his fins, and cracks himself up, haha. 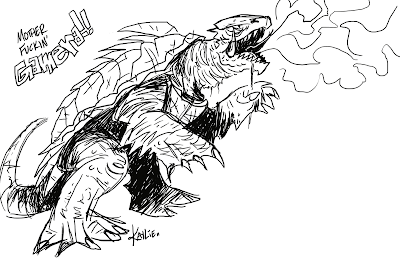 i kinda made a mash-up of different Gameras i like...plus i tried to make him more turtle-y, with a long neck, like a snapping turtle. when i was little i used to find turtles in the woods a lot, and catch snapping turtles when i'd go fishing with my dad, and Gamera has always kind of reminded me of those turtles. i guess i made him kind of scary and gross, heh, but i was kind of picturing him as more of a swamp-dwelling Gamera than a sea-dwelling one. 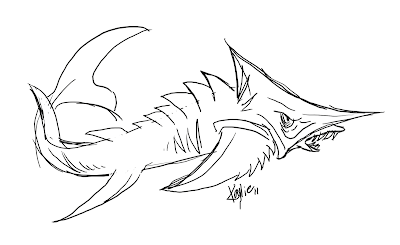 i also did a quick sketch of Zigra, but it's mostly from memory and i kinda lost interest near the end, so it kinda sucks, heh. i had a lot of fun drawing these though, and it kinda makes me want to draw the other monsters i've seen so far. 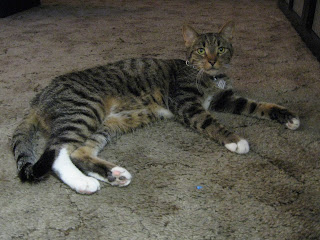 i named my cat Gamera, but he is not awesome and badass like the real Gamera, so i probably should have named him something else.

Posted by Kaylie at 1:04 AM 6 comments | Permalink

put my love on ice

last week my house got vandalized, robbed...somebody threw a brick through the window, scared my pets half to death and made off with the flatscreen tv, the xbox, the wii, all the games, my DS, and my camera. they left lots of fingerprints and they were good, the detective says, but who knows if that'll go anywhere...i'm just glad they didn't take my computer, i don't know what i'd do. i was pretty shaken up about it at first, but i've kinda become ambivalent...i don't really care about stuff, but i really hate the outside world and my home was like a safe little fortress i could retreat to to get away, and now it feels violated...but i'm not having trouble sleeping anymore. human beings are shit, i already knew this. i learned nothing new, except the expanses of my naivety i didn't eve know i had left. 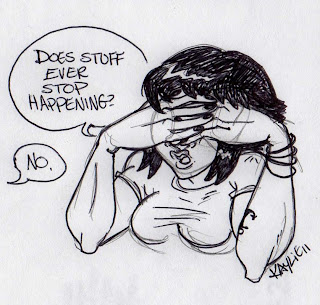 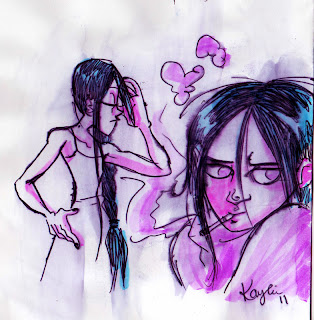 ...i don't think anyone ever misses me. i don't let it slow me down.

it's the only way to live

i got a car!!! it happened suddenly. i wasn't even looking for her. but then i saw her, and after being inside her, i knew i must have her. things worked out pretty good. i don't think i was very savvy, but maybe i didn't come off as too much of a country bumpkin dumbass either. anyway, i really like her. 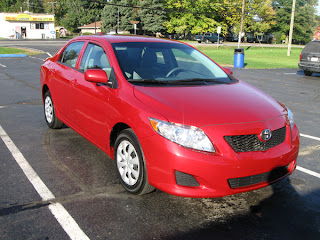 i think i'm going to call her Ramona.

otherwise...i'm happy that it's Buster Keaton month on TCM.

right now i really wish i could have neon orange hair more than anything. :/ 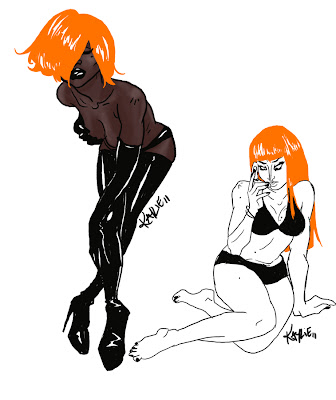 i really hate car shopping. i hate cars. i wish i didn't have to have one. :T