haven't updated in a while because i haven't really been drawing. haven't been drawing because honestly i haven't been too interested in comics and stuff lately. and i've been working every single day for the past two weeks, and working a lot pretty much kills my creative impulses. i wish i didn't let it do that to me, but it does. plus i'm having issues with my tablet working on my computer AGAIN. sigh. Rob's trying to fix it for me, but i don't know.  i wish i knew what caused my constant stream of computer/tablet problems with three different tablets. sometimes i wonder if i should bite the bullet and just start doing comics the traditional way again.

mainly just watching bad movies and stuff lately. finally finished watching Fear, it was so funny. i think i'll have to do a whole post dedicated to it later. also started watching Swim Fan which is looking pretty awesome too, but i'll have to finish it later.

going down to alabama this weekend to visit family and sort of get away i guess.

lately i'm really interested in photography and maybe getting into it more. i've never taken classes or read books on it or anything, but i've always enjoyed experimenting with it and lately i'm thinking about maybe investing in a decent camera. hmm. here's a self portrait i took today that i liked. 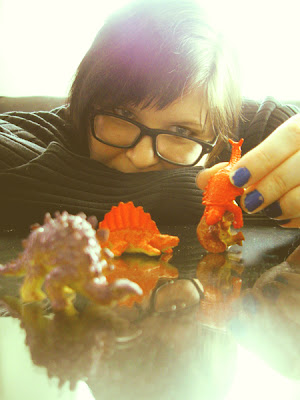